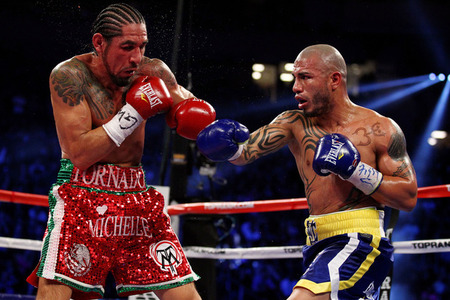 On July 26, 2008,  Miguel Cotto, then undefeated light middleweight champion of the world,  suffered his first loss as a professional to Antonio Margarito in an unsuccessful title defense. It was a gruesome match as the unrelenting, forward and confident Margarito dominated round by round to an eventual 11th round stoppage. The fight would later be marred in controversy about the use of suspected illegal hand wraps by Margarito.

That fight would have shattered Cotto to consider possible retirement, and thoughts of certain inferiority. But Cotto took time out, gathered again and started a come back. With 2 wins in 2009 against worthy competitors, he would prepare to fight the hottest name in boxing: Manny Pacquiao.

On November 14, 2009 Cotto would taste defeat again – this time in the 12th round by Manny’s quick hand speed, movement and impressive style that earns him the reputation of possibly the best boxer of all time.

With a further win in 2010, and one in 2011 – Cotto would now set his eyes on a rematch with Margarito. On the 3rd of December 2011, a disciplined, more focused and smart moving Cotto would earn him victory against a nemesis who’s previous defeat must have haunted him.

Isn’t this true about the kind of attitude and focus we should have personally and in the business world?

Any great businessman understands that you have losses in business. But, you also have wins. It’s the reason we’re in the game. To try to only maintain wins in business is delusional. Sometimes our losses are great. They can make us question our worth, mistrust our judgments, live in regret, depression or settle for less or mediocre. 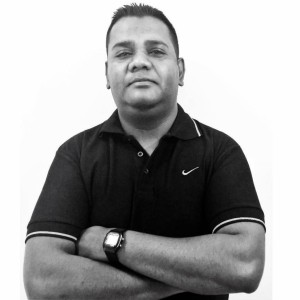